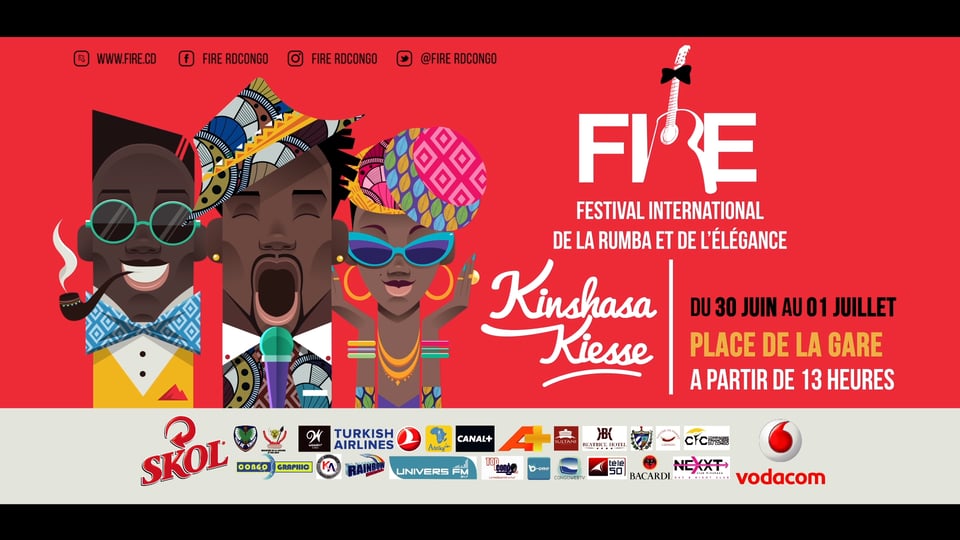 Here is the video element considered both as a Spot / as a Video Clip of the International Festival of Rumba and Elegance (FIRE) 2017, designed and organized by the communication agency Optimun Communication DRC.

For this first edition, the father of the modern Congolese Rumba, Kalle Kabasele Tshamala, born December 16, 1930 and died February 11, 1983 at the age of 52, will be honored with a colorful program including concerts , an exhibition and fashion shows.

The 1st edition of the International Festival of Rumba and Elegance (FIRE) will take place from June 30 to July 1, 2017, in Kinshasa. Announcement made by Didier M’Pambia, General Manager of the agency Optimum Communication, organizer of this event, during a press conference on Tuesday, June 27, 2017 at Béatrice Hotel. For him, the goal is to put the DRC back on the international cultural chessboard by taking advantage of its cultural advantages in the perspective of a positive international visibility.

The artist-musician and poet Lutumba Simaro is the godfather of this edition. Along with Sam Mangwana, one of the great voices of Congolese Rumba, Viva la Musica, Fabregas, Alain Makaba, The Karmapa, Evoloko Joker, a Cuban band (Quinteto Harmonia) and many others who will be part of it. of the festival, says DG M’Pambia CEO of the agency OPTIMUM communication who organized the first edition of the International Festival of Rumba and Elegance (FIRE) in Kinshasa, capital of the Democratic Republic of Congo.