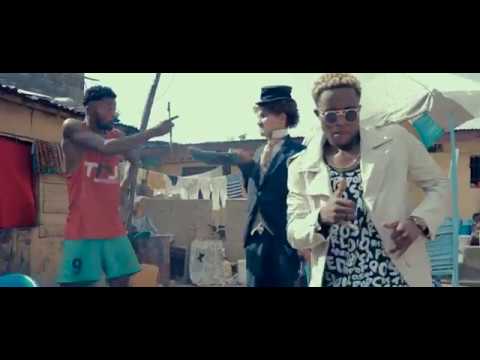 After the successes of the titles like: You P Yeah, Pakola ye fwenge, … the artist Gaz Fabilouss returns to us again with a new opus titled “Zuwa” that we make you discover.

A video directed by Christian Wami for TeamWork Congo.

Increasingly present on the Congolese scene, and ranked at the top of the hit rap and Afrobeat, Gaz Fabilouss otherwise called the Almighty Congolese rap celebrated Easter with his fans. First, the young rapper ended up at the Shoprite car park on Saturday, April 15, 2017 for a show out of the ordinary.

On this occasion, he gave some secrets to his fans: the release of his next single “Ba Youpi Yeah” which will be a remix of his hit “Youpi Yeah”, already very popular with the public.

Also, Gaz Fabilouss said he will be in Angola in the coming days in the company of another brilliant star of Congolese music: Robinhio Mundibu. After this passage on the Angolan land, Gaz Fabilouss will finally take flight for Europe in July 2017.

After the Shoprite public, Gaz Fabilouss set fire to the Simon’s Plaza stage on the occasion of the fifth anniversary celebration of Communication Na Lingala (CNL).
And yes, it can be said, Kinshasa really celebrated the feast of the resurrection!